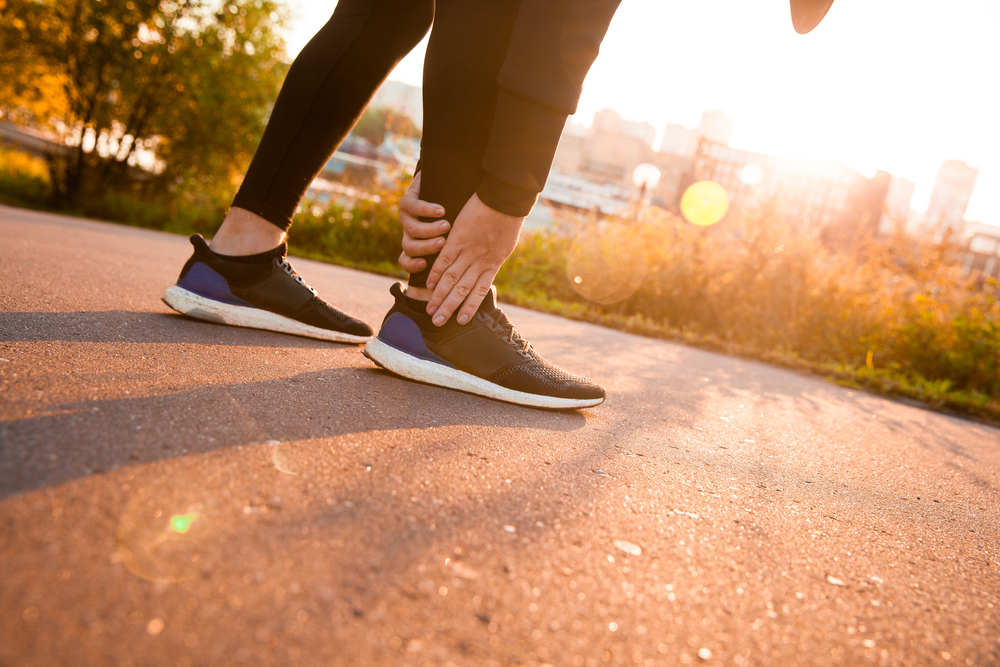 How many of us have rolled our ankle and damaged a ligament at some point in our life?! The answer is many of us. Approximately 2 million ankle ‘sprains’ (the word used to describe a ligament that has been over-stretched or torn) occur in the US every year alone, which gives you an idea of how many happen worldwide! Whilst many of these sprains occur in the sporting world, there are surprising amounts that occur in the general population. This shows us that we don’t have to be an elite sportsperson to be at risk of rolling our ankles. It’s an injury that can literally happen to any one of us… Picture Joe Bloggs walking down the street and slipping unexpectedly off the curb. Ouch!

What is a ligament sprain?

Let’s start at the beginning… Ligaments hold bone to bone. Two bones held together become a joint. Ligaments are responsible for providing a joint with stability (along with the muscles and tendons surrounding it), ensuring the bones of a joint do not move away from each other and dislocate. Ligaments are thick, strong bands of tissue that can withstand the majority of the large forces that run through our bodies when we move. Sometimes the force placed upon a ligament is too great for it to withstand, and this is when damage (or a sprain) occurs. Ligament sprains are generally categorised into the following grades:

Why is a sprain of the outside of the ankle so common?

The outside (or lateral aspect) of the ankle joint is one of the most commonly sprained regions of the body. The two leg bones (the tibia and fibula) run down the leg from the knee and slot in with the ankle bone, or ‘talus’ (pronounced ‘tay-luss’). The fibula bone runs down the outside of the leg and the tibia runs down the middle/inside of the leg. The very ends of these bones are enlarged lumps (known as malleoli… ‘mal-ee-oh-lie’). You can feel these lumps either side of the ankle. Where the malleoli meet the talus is where the outside (lateral) and inside (medial) ligaments are found. The medial ligaments are much stronger than the lateral ligaments which result in the lateral ligaments being injured more commonly. A simple roll of the ankle can cause an over-stretching or tearing of the ligaments here, depending on the force being placed on the ankle as it rolls outwards. In a normal healthy ankle, the ability to roll the ankle outwards is greater than that of rolling inwards… Another reason why lateral ankle sprains tend to occur more often.

One of the biggest risk factors for a lateral ankle sprain is having a history of ankle sprains. If you have done it previously, you are more likely to sprain it again! Other risk factors include:

After a severe injury you may not be able to walk immediately. The more severe the sprain, the more likely other structures in and around the ankle may be affected, including the possibility of fracture and/or dislocation (if the force is great enough).

Most cases of lateral ankle sprains that enter our clinic are mild to moderate in nature. More severe injuries are often dealt with initially at an emergency department (i.e. if it has been necessary to rule out a fracture/dislocation), but may present to our clinic for ongoing management once the acute injury has begun to heal.

The first goal of treatment for lateral ankle sprains is to regain a normal walking pattern, whilst reducing the risk of further injury. This is likely to mean zero participation in your chosen sport to begin with, especially if pivoting and turning play a large part. We will work on reducing pain by massaging the muscles of the leg and foot. We may also need to work on muscles higher up the body, such as your back, glutes, hamstring and quad muscles. Any stiffened joints will be mobilised gently to restore range of motion. Any swelling can be dealt with using drainage techniques of the lower limb.

When normal walking has resumed, you can progressively load the ankle by adding in strengthening, balance, and more multi-directional agility exercises. The end goal for a sportsperson is to return to training followed by full match play. A non-sportsperson will look to return to their normal daily life without pain or dysfunction. A mild to moderate ankle sprain will take approximately 6-8 weeks to heal. More severe injuries can take months.

If you have sprained your ankle and need some help, look no further than your trusty osteopath. Call us today on (02) 8376 8738 to book your appointment and begin treatment immediately.